Home General What is MAP-21 and Who Cares? You Do! 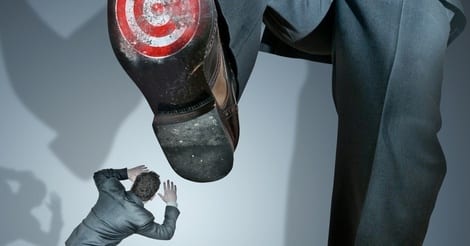 While you were busy enjoying your summer last year, Congress quietly passed legislation known as Moving Ahead for Progress in the 21st Century (MAP-21) Act, on June 29, 2012.?? Shortly thereafter, the program was signed into law by President Obama.?? Ho-hum, you say??? Just another $105 billion dollar day at the office for our spend-thrift representatives??? Think again.

Granted, this isn???t the sexiest topic in the world to follow (or blog about!).?? Nonetheless, if you are a shipper, you need to pay close attention.?? It could result in a significant increase in your rates as soon as this fall.

To be fair, parts of this legislation received widespread bi-partisan support and address the much-needed re-building of America???s roads, bridges and transportation infrastructure. That???s a good thing.

However, this 584 page tome also snuck in a little noticed provision that could impact your shipping rates significantly:?? Broker bonding requirements have been increased from $10,000 to $75,000 per broker, effective October 1, 2013.

Summary:?? Fighting Fraud or Eliminating Competition?
Much of the truck freight moved in this country is handled by freight brokers who bring together shippers looking for the best possible rate, with independent truckers looking to fill their trucks and grow their business.?? Brokers range in size from small, one-man operators working from their kitchen table to large, mega-brokerages with hundreds of offices and agents nationwide.

Controversy over the impact that this new law will have on shippers, brokers and truckers is raging within the industry.

Brokers are regulated by the Federal Motor Carrier Safety Administration (FMCSA), which has historically required that brokers post a $10,000 surety bond to obtain a license. This bond essentially guarantees a trucker that they will get paid, even if the broker???s business fails or is unable to pay the trucker for any reason. It allows two parties who may not know each other well, to come together and do business quickly.

The TIA is an industry trade group primarily comprised of the large mega-brokerages like CH Robinson, as well as numerous other mid-sized brokers.?? The TIA has, for years, lobbied the U.S. Congress to increase the broker bonding requirements to $100,000 per broker, under the premise of fighting fraud.?? They know that the financial requirements of such a bond are beyond the reach of most small businesses. By raising the barriers to entry, the more expensive bond will shake out many of the smaller brokers, whom they unfairly characterize as?? under-capitalized and less scrupulous mom & pop operators who continually exploit unsuspecting truckers with their shaky financing and fly-by-night business practices.

Their lobbyists fail to point out that that the lower overhead of these smaller brokers often gives them a significant competitive advantage in terms of pricing flexibility.?? In short, they keep rates low for shippers because they don???t need as fat a profit margin to operate.?? In doing so, they keep the big guys honest.

Oh, and by the way, the TIA has conveniently partnered with an insurance underwriter who can guarantee an issuance of a bond for your company if you sign up and simply spend a few thousand dollars to join the TIA.?? How convenient.

Not to be outdone, the smaller brokers have banded together and are represented by their own trade group, the Association of Independent Property Brokers of America (AIPBA). The AIPBA wasn???t about to take this perceived threat to their member???s existence lying down.

The AIPBA contends that the matter is nothing more than a power grab by the mega-brokers who can afford to lobby congress.?? They contend that if the TIA and it???s minions are?? successful, they will force the closure of hundreds, if not thousands of small businesses nationwide.?? Talk about a job killer!

What???s worse, The AIPBA contends, is that it will allow the mega-brokers to raise rates to shippers and force truckers to to take less money, by virtue of their leverage and volume.?? Bottom line:?? Shippers will have few choices and will pay more.

The TIA???s reply??? Not to worry, you smaller brokers can always give up your financial independence, bring your book of business with you, and go to work for one of our members.

Where Matters Stand
For now, score one for the big boys.?? The law takes effect in a little over 60 days.?? Congress ???compromised??? and agreed to lower the bonding limit to $75,000 per broker.?? Note that the law requires each mega-broker to get one bond for their entire operation of hundreds of offices and not one for each agency office.?? It???s a pittance to them, but real money to most small businesses.

Meanwhile the AIPBA has filed with the Federal Courts for an injunction barring implementation of the law on the grounds that it is is anti-competitive, collusive and unconstitutional. Specifically, the AIPBA’s lawsuit alleges the bond provision is a result of “collusion by other trade groups who effected this law under the guise of ‘fighting fraud,’ but it really amounts to pulling a sham on the U.S. Government that will hurt small businesses,” charges AIPBA President James Lamb.?? Should the court fail to issue an injunction, additional litigation is expected to follow.

How it all ends up is anybody???s guess, but we are monitoring it closely.

Have an opinion on the matter? We???d like to hear from you.