Home General China Trade Agreement: What does it mean for your business in 2020? 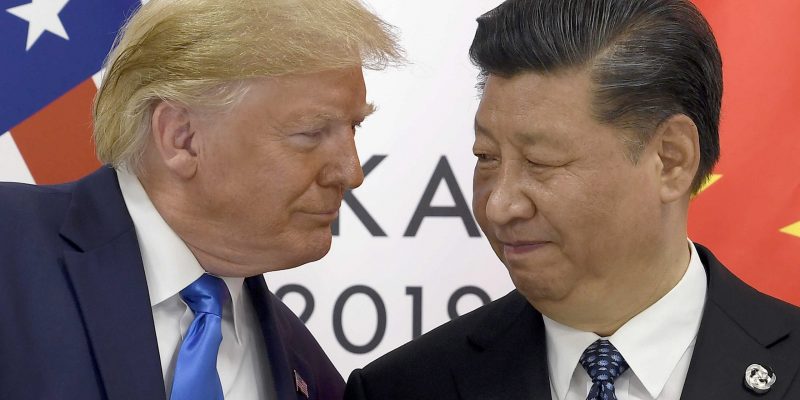 With 2019 now in the rear view mirror, all eyes turn towards the recent announcement of a mid-January signing of “Phase One” of a U.S. China trade agreement. What’s it all about and what does it mean for your business in 2020?

While we have learned that nothing is ever certain in this 21-month global stand-off, the prospects of some relief for business finally seem to be at hand. It comes at a time when both leaders need a win at home, so the pundits seem confident that it will happen. President Trump, staring at the prospects of an impeachment trial in the Senate and increased tensions with Iran, needs a win in an election year. Meanwhile, President Jinping has his own problems with ongoing protests in Hong Kong, rising food prices due to a pork shortage, and a faltering economy dependent on exports.

Details of the Agreement

Details are still not certain, but here is what we do know about the key elements of the proposed China trade agreement:

Tariffs – The United States will cancel the proposed 15% increase in tariffs scheduled to go into effect on nearly $160 billion worth of Chinese goods, including cell phones, laptop computers, toys and clothing. China, in turn, will cancel its retaliatory tariffs due to take effect that same day, including a 25% tariff on U.S.-made autos.

The United States will cut by half the tariff rate it imposed on Sept 1. on a $120 billion list of Chinese goods, to 7.5%. However, U.S. tariffs of 25% on $250 billion worth of Chinese goods will remain in place, providing U.S. negotiators with leverage for a second phase of talks later this year.

Trade Deficit – China has purportedly agreed to increase its purchases of American products and services by at least $200 billion over the next two years, with an expectation that the purchases will continue at the same level beyond that period. Purchases will include manufactured goods, agricultural goods, energy and services. In total, the purchases are expected to reduce the U.S. trade deficit with China by as much as $419 billion over that time. This will certainly aid shipping and logistics companies, including Air & Surface Logistics, who have seen their China business wane in 2019.

Intellectual property – The proposed deal includes stronger legal protections for patents, trademarks, and copyrights in China. This is an area where China’s government had turned a blind eye for decades. The agreement also includes improved criminal and civil procedures to combat online infringement, and the production of pirated and counterfeit goods. Both of these were key to U.S. businesses.

The deal also contains promises by China to follow through on previous pledges to eliminate pressure for foreign companies to transfer technology to Chinese firms as a condition of market access.

Currency – The Trump Administration has long since branded China as a currency manipulator. The proposed agreement contains pledges by China to refrain from competitive currency devaluations and to not target its exchange rate for a trade advantage — language that China has already accepted for years as part of its commitments to the Group of 20 major economies, making it somewhat suspect.

The deal subjects any violations of currency commitments to the agreement’s enforcement mechanism, under which they could incur U.S. tariffs.

Consumers – Clearly the U.S. consumer scores a big win. Despite rhetoric from the White House about how China was paying for the tariffs, make no mistake about it. A sizable portion of those duties and taxes were hitting the consumer directly in the pocketbook.

Farmers – China has agreed to substantial purchases of soybeans, as well as pork products from U.S. farmers. That latter is critical to the Chinese government who, views instability in food prices as a direct threat to domestic stability.

Banks and Financial Services – American financial services companies have clamored for access to China’s growing middle class of consumers. This agreement should give them at least a foot int he door towards that long sought after goal. it can only be seen as a win.

Apple & Other Tech Companies – With the possible exception of U.S. farmers, no other industry took it on the chin more than tech over the past 18 months. While some, like Tesla, were able to successfully navigate the cross currents, Apple and other U.S. big tech firms were caught in the crossfire and saw their incomes and profitability suffer. This China Trade Agreement should provide some much needed relief, and at least as important, some operational certainty.

Trump’s Trade Agenda – Make no mistake about it, the Administration’s trade hawks, led by Peter Navarro, did not win out. They were pushing for a sustained hard line that would have forced a complete Chinese capitulation to our demands. Most of all, it would have forced an abandonment of Beijing’s “Made In China 2025” plan for global economic domination.

Small Businesses – While U.S. farmers, financial services and tech came up winners, U.S. small business will see little relief from this phase one agreement. They will not receive the specialized carve-outs in the agreement. Instead, they will continue to struggle in the face of increased tariffs that they are unable to pass along to customers and an inability to rapidly pivot away from their reliance on Chinese suppliers.

Huawei – As the U.S. Administration’s favorite whipping boy, Huawei came away as the symbol of Chinese espionage, spying and economic hegemony. The U.S. continues to attempt to coerce it’s allies to avoid Huawei in the upcoming global rollout of 5G cell phone infrastructure, framing it as a dangerous technological backdoor to global networks, control by Beijing.

China’s economy – China’s economy has suffered, despite a brave face put on by Beijing’s diplomats. How much of the lost business has permanently fled to other countries such as Vietnam, Thailand and India, and how much returns, remains to be seen.

How it all ends in anybody’s guess. Should the deal be signed as planned, large portions of the U.S. economy and selected industries will benefit from less uncertainty in the market, as well as a much-needed economic tailwind heading into 2020, after a choppy 2019. Let’s hope they get the deal done.