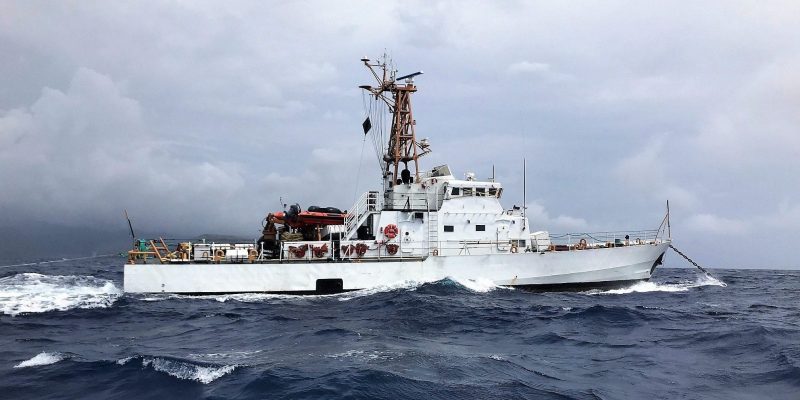 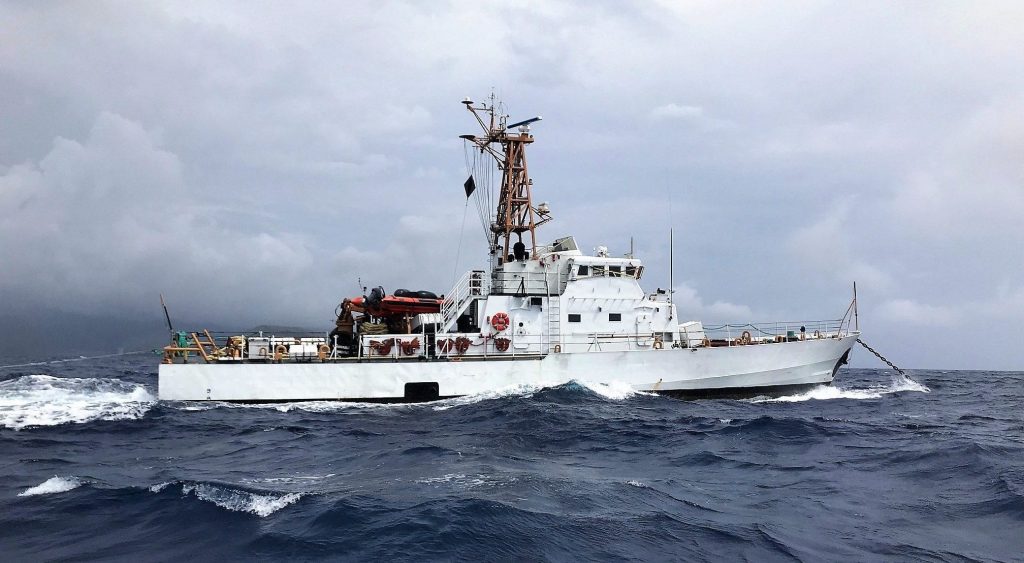 We are proud to have supported the U.S. Coast Guard and Department of State in the recent transfer of the decommissioned USCG Cutter Galveston Island to Costa Rica. The vessel arrived in Puerto Caldera, CR this week after a 4,400 nautical mile journey from its previous home port  in Honolulu, HI.  The Galveston Island It is one of three 110-foot Island Class cutters that were refurbished and donated by the U.S. to the Costa Rican Coast Guard as part of an on-going U.S. effort to support them. 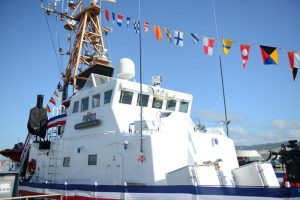 These vessels will be used for the interdiction of drug smuggling, deterring marine poachers and the performance of life-saving rescue missions.

The Island Class cutters were originally put in service by the USCG in the 1980’s and are being replaced by modern, 154-foot, fast response cutters with state of the art technology. 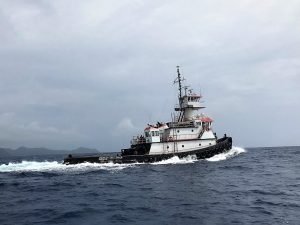 The tug American Challenger off Hawaii

In performing this work, Air & Surface Logistics partnered with American Marine Corporation, of Honolulu, HI, who provided the tug American Challenger. for the tow. AMC has previously been involved in numerous high-profile projects, including the transfer of the USS. Missouri from Los Angeles to Pearl Harbor, where she is on display.

The former Galveston Island joins the he former cutters Long Island and Roanoke Island as an integral part of the Costa Rican Coast Guard’s mission to support their country’s maritime activity.  The vessels were donated to Costa Rica through the Excess Defense Articles (EDA) Program. See here for a recent, related article: https://tinyurl.com/ybnvtmb4