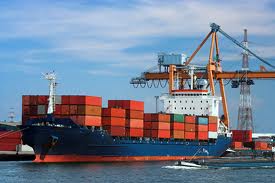 With less than a week remaining until the current contract between the International Longshore and Warehouse Union (ILWU) and the Pacific Maritime Association (PMA) expires,  U.S. Customs (CBP) has published interim procedures in the case of a West Coast dock strike.  Click here for a link to the CBP whitepaper with detailed information on the interim procedures.

meanwhile, a coalition of trade groups representing manufacturers, retailers and transportation providers urged both sides to wrap up negotiations and avoid a strike.  The current contract expires at midnight on June 30. PMA President Jim McKenna said throughout the spring that he expects an agreement to be reached by by mid-July, meaning a strike is possible.  While it is possible that the longshoremen could continue to work without a contract, the liklihood of that happening is unkonwn.

Even with assurances, the prospect of yet another disruption of West Coast port activity has shippers looking for alternatives, including routing some cargoes through East, Gulf or Canadian ports. No matter the precautions, huge numbers of containers would be affected in the event of a strike or lockout. West Coast ports handle more than two-thirds of U.S. retail container cargoes, including the vast majority of goods imported from Asia, with total volumes of around 20 million 20-foot equivalent units (TEUs) a year. The costs of a potential closure are already being felt, with carriers announcing a precautionary congestion surcharge of $800 per 20-foot container and $1,000 per 40-footer. In the event of a complete stoppage, estimates on the impact on the economy are anywhere from 1 to 2 billion per day according to trade analysts (see link to JOC article below).

The procedures and any updates will be published on the CBP’s Unified Business Resumption site when these interim procedures go into effect, and when the interim procedures are terminated and normal processing resumes. Impacted West Coast ports will designate a point of contact for trade inquiries about specific procedures for each port, which will also be posted. Customs will also transmit  new information through the Cargo System Messaging Service, which is an email subscription service that provides notification of new messages.

In the white paper referenced above, Customs has outlined and released some of the following procedures for filers for the following circumstances:

Continue to check here for updates from U.S. Customs and on the PMA-ILWU negotiations as they are released.