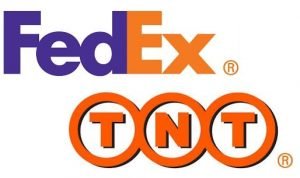 Purchase of Dutch parcel-delivery firm would
allow U.S. rival to expand in Europe

In a widely anticipated move, plans for FedEx to buy TNT were announced last Thursday by the Memphis based delivery giant. The deal has been valued at $4.8 billion. If FedEx is able successfully acquire Netherlands-based TNT-NV, a provider of mail and courier services and the fourth largest global parcel operator, it could have major implications for the global express delivery and parcel sectors.
This is not the first time TNT has been the target of an acquisition by industry players. In 2012, it was close to being acquired by FedEx’ chief rival, UPS for $6.8 billion, but the deal was derailed when the European Commission, the executive body of the European Union, prohibited the acquisition. Many of the EC’s concerns over the deal were due to the competitive parcel landscape in Europe.
The deal is expected to be made official during the first half of 2016, with FedEx agreeing to pay TNT $200 million in the form of a breakup fee should the deal not come to fruition. As for any antitrust issues that may arise from this deal, FedEx and TNT said that these concerns can be addressed in an adequate and timely manner.
“We believe that this strategic acquisition will add significant value for FedEx shareowners, team members and customers around the globe,” said Frederick W. Smith, Chairman and CEO of FedEx, in a statement. “This transaction allows us to quickly broaden our portfolio of international transportation solutions to take advantage of market trends – especially the continuing growth of global e-commerce – and positions FedEx for greater long-term profitable growth.”
FedEx and TNT cited various strategic benefits of this deal, including:
As part of the conditions of the deal, TNT Express’ airline operations will be divested in compliance with applicable airline ownership regulations.
A Wall Street Journal report explained that this deal makes sense for multiple reasons, given that the European delivery market is making steady gains due to continued expansion following the rollout of a single currency, and the ongoing proliferation of e-commerce, coupled with Europe being a hard market for foreign entities to get into, as many people live in inaccessible apartment buildings and each nation has its own rules and competitors.
However, from a shipper’s standpoint, the deal will mean fewer parcel delivery choices and potentially higher prices in the Eurozone, as FedEx, UPS and DHL become the last major competitors on the continent.
Dave Bronczek, FedEx Express president and CEO, said in the report that this deal can augment how FedEx operates in Europe, with TNT’s vast footprint there, as well as FedEx hoping to leverage the increasing global reach of e-commerce. Per their joint press release, The European regional headquarters of the combined companies will be in Amsterdam/Hoofddorp, and the TNT Express hub in Liege will be maintained as a significant operation of the group.
TNT has grown into a highly respected $6.680 billion euro company with diverse revenue streams from around the world with operations in more than 200 countries in Europe, the Middle East, Asia Pacific and Latin America. However, they have long been relegated to “also ran” status in the U.S. domestic market. The company has a substantial group of assets, including aircraft, vehicles, hubs, and depots, which cumulatively account for about 1 million deliveries per day handled by its nearly 80,000 employees.
Jerry Hempstead, the principal of Orlando, Fla.-based Hempstead Consulting, said that most observers have long anticipated the acquisition of TNT by FedEx, ever since UPS failed in its attempt to take over TNT. “TNT has been trying to get itself sold for years ever since it split its mail group from its express group in 2010,” he noted. “Against the ever-expanding market shares of DHL, UPS and FedEx, TNT has struggled. They have done a great job in recovering from the loss of momentum, however, that was the result of the prolonged legal battle waged over the UPS offer. In the end, I don’t believe UPS fully understood the lobbying power DHL has with the EU that put a kibosh on the takeover based on anti-competitive reasons.”As for the prospects of a successful FedEx-TNT deal, he said the Fedex offer is far more likely to pass such scrutiny and will now put FedEx in a greater competitive position in Europe.

“To me it has not been ‘if’ TNT would be sold to UPS but ‘when’ and at what price,” he explained. “FedEx will get TNT at a discount over the UPS offer of 2012 if they are successful. This is a great acquisition for FedEx who has proven in the past that they can make very successful acquisitions and have them work. Flying Tigers, RPS, Parcel Direct all come to mind as acquisitions that were risky but have paid off handsomely over the years. Don’t underestimate the ability to throw obstacles in the way of this acquisition just as FedEx and UPS tried to scuttle the DHL acquisition of Airborne in 2003. Some people have long memories and are students of history. Unlike the Airborne deal this is not a matter of flights nor should it be about market share domination. This is real synergy I think between two like businesses.”
Editors Note: SupplyChain247.com contributed to this post.