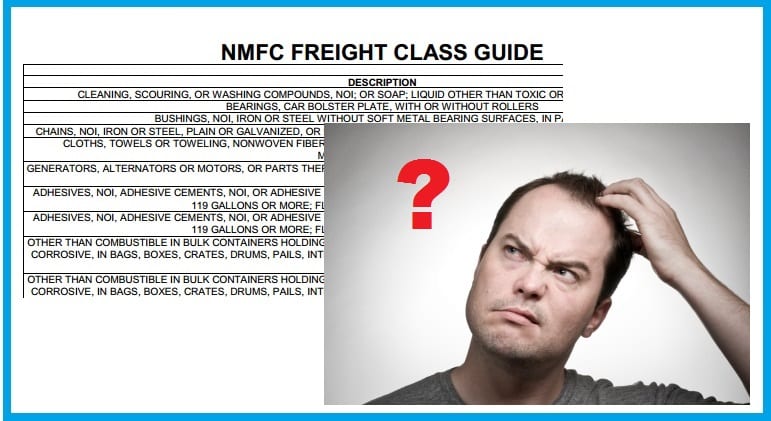 Quick, what do travel agencies, printed encyclopedias and the National Motor Freight Classification (NMFC) system have in common?

Answer:  They are all obsolete.

Each of those three are relics of a bygone era. Sure, you can still call a local travel agent to book a flight to Miami, but why?  Key up Expedia.com and book the lowest cost fare in a matter of moments. Want to know what the population of Lichtenstein is? Wikipedia or Google can tell you in less time than it takes to type the question.

Want to know what the proper freight class is for shipping surfboards?  Good luck.

The National Motor Freight Classification (NMFC) system of rating freight is a relic that dates back to the 1940’s. Since that time, motor carriers have been permitted to collectively determine rates under the Reed-Bulwinkle Act. Specifically, it exempts motor carriers from anti-trust laws when acting collectively and submitting agreements governing their activities to the Interstate Commerce Commission (ICC), and now to the Surface Transportation Board for approval.

The NMFC system does not allow for rate collusion. However, it provides a uniform method of rating freight “by class” that is used by the majority of less-than-truckload (LTL) freight carriers nationwide.

Classification involves the grouping of commodities with similar transportation characteristics into categories, or “classes”. It should be noted that the process does not actually involve the setting of rates but is a part of the motor carrier rating process. Every commodity that can be shipped by truck is placed into a class with other commodities that have similar transportation characteristics. Each class is then assigned a number, which increases as transportability becomes more difficult, dangerous or expensive for the carrier. In order to reach a final price, carriers using the classification procedures typically apply a rate to the class that the commodity falls.

Historically, access to the NMFC system has been tightly controlled.  Obtaining a complete copy of the classification system has been restricted to those willing to purchase a subscription from and/or a membership in the  National Motor Freight Transprtation Assosciation (NMFTA). For most shipper’s the only way to obtain a rate class for their shipemtn is to “call their carrier for a rate”.

The Need for Simplification

The problem with the NMFC system is that it is artificially complex.  Some would argue that it has been made so intentionally to befuddle shippers. It is somewhat akin to the power wielded by the medical profession that derives from their monopoly on information. That power has been greatly ddiminishedby the likes of Web sites such as WebMD.com.

The system was borrowed from the railroad’s Uniform Freight Classification (UFC) system in 1936, of creating a “simplified” table of classes. In short, the NMFC has outlived its usefulness. International modes of ocean and airfreight transport have long utilized a cube/weight calculation designed to serve the needs both the shipper and the carrier. it is a system that everyone can easily understand.

It is time to switch to a uniform system of freight rating that the general public can easily understand and that does not require a subscription to a service to decipher.

By switching to a uniform,simplified means of rating LTL freight, based on weight/volume, shippers and the general public would benefit greatly: 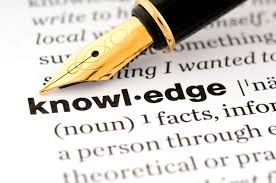 The need for the NMFC rating system has come and gone. Like the long distance operator, buggy whip and rotary phone, it is no longer relevant in an information based, technology driven society.  It’s time to close the book on the NMFC freight classification system.

Editor’s Note:  For an interesting link to a related blog post by an industry consultant click here.