Home Air Freight Where Have All the Freighters Gone? The Demise of Overnight Air Freight 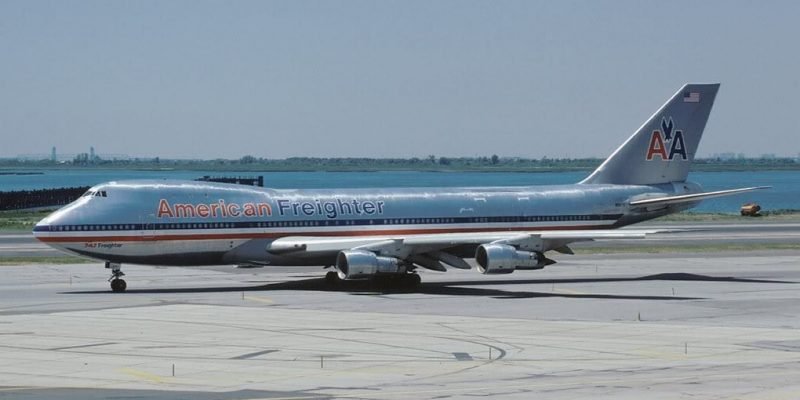 The situation typically goes something like this: Either your customer needs a critical part to keep their plant up and running, you are dangerously low on a key inventory component, or you need to replace an order for your best customer that was shipped incorrectly by your warehouse. We’ve all been there.

What most shippers do not realize is how limited their overnight air freight options have become in recent years. Let’s take a quick look at the challenges facing shippers who need overnight service, the sources of the problem, and several cost-effective alternatives that you might not have thought of.

The Challenge: Where have all of the freighters gone? 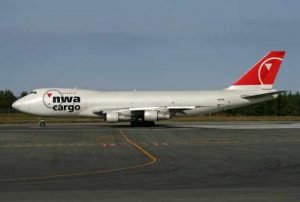 Once upon a time, not too long ago, you could contact your favorite freight forwarder at three o’clock in the afternoon and tell them that you had an emergency shipment of air freight that had to move that night. Everyday, we still get calls from shippers like these and we have to turn most of them away. Why? What has changed?

The easy answer to the question is to blame the post-9/11 world of intensive TSA security requirements, namely, the Known Shipper Program. Clearly, the TSA and the very real need for public safety has presented challenges to shippers, but there is much more to it than that.

Sources of the Problem: An Industry in Transition

Most people over the age of thirty can remember flying luxurious, wide-body jets from coast-to-coast, or even regionally from places like New York to Orlando. In their heyday, carriers like United, Delta, Eastern, American and others all operated domestic, wide-body freighters. Many flew Boeing 747‘s (see above), and later DC-10’s, MD-11’s and 767’s. Those days are long gone. In an era of cut-throat competition, spiraling fuel prices and industry deregulation, most carriers have sold their freighters, downsized their fleets, cut back staffing in their cargo department and opted for smaller, fuel-efficient aircraft. It is now commonplace to find small, narrow-body passenger aircraft like the Boeing 737, which were originally designed for short hops, flying transcontinental routes. Don’t even think about asking for a meal or a pillow.

Problem: Narrow-body passenger aircraft, for the most part, do not accommodate freight (i.e., palletized cargo), nor do most air carriers really want to deal with it. 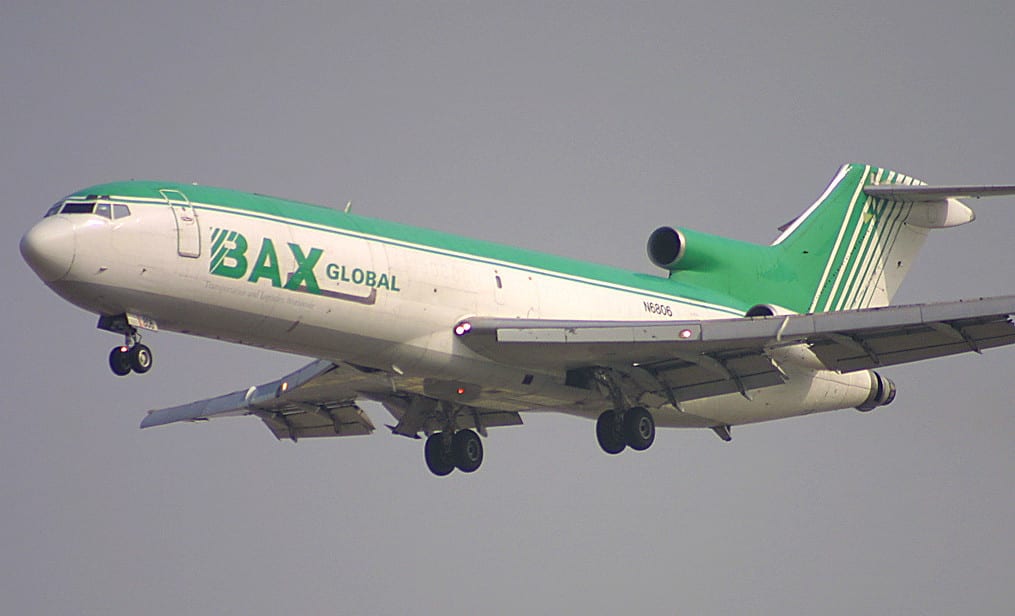 To add to the rapid decline in cargo capacity, the last two major all-cargo, wholesale operators in

the United States (BAX Global and Kitty Hawk Cargo), folded up their tents and got out of the domestic freight game in the past 10 years. Both struggled to turn a profit for years. The Great Recession was the final straw.

For a related article on the struggles of European all-cargo carrier CargoLux, see a recent Bloomberg News article here.

Another nail in the coffin of domestic air cargo has been the precipitous decline in the volume of U.S. Mail. Unbeknownst to most flyers sitting topside in the passenger cabin, the cargo bays down below were historically chock full of envelopes. For years the airlines made a handsome profit flying U.S. Mail as contract carriers for the Post Office. This steady cash cow effectively subsidized many of the cargo operations. As the Internet and email grow with each passing year, the need for snail mail continues to dwindle. 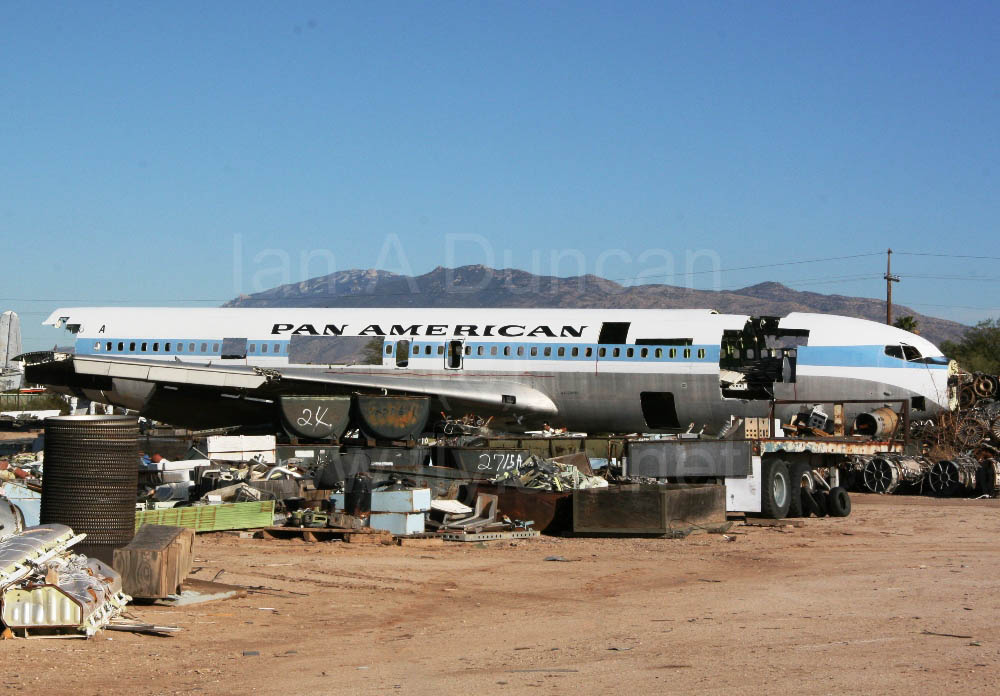 Pan Am’s days are but a memory.

Lastly, and most obviously, the airlines have ceded ground to UPS and FedEx for years. They have been out-marketed, out-hustled and otherwise steamrolled by the boys in brown and their purple-and-orange counterparts. Unfortunately, this duopoly now controls the lion’s share of the U.S. market. They can charge exorbitant rates for their cargo space, when it is available. Just don’t try to book any space during November/December when they are full to the brim and don’t need/want your freight.

So what’s a savvy shipper to do? 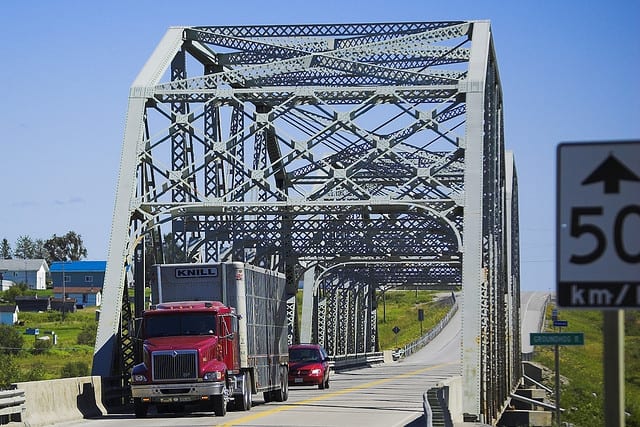 their toll on the industry as well. To survive, The Great Recession forced many companies to cut shipping costs to the bone, shifting a lot of former overnight air freight onto trucks. However, an interesting thing happened along the way: Many shippers discovered that they could get 1-2 day service regionally for a fraction of the cost of air freight. Even coast-to-coast service could be had in 3-4 days reliably, if the timing was right.

“Hmmm… Maybe these trucks weren’t such a bad idea after all.”

Shippers (and accounting departments) were left scratching their heads and asking themselves if they really needed next day air. In many cases, the answer was a resounding NO.

At Air & Surface Logistics, we were quick to identify this trend early on. We have aggressively expanded our network of trucking partners, negotiated heavily discounted contracts with major carriers and actively promoted these service options to our customers. After all, as a forwarder/broker, it is our job to look out for the customer’s best interest and identify the least-cost, service option that will meet their delivery commitment to their customer. It’s what we do.

Trucks: Think of them as low flying aircraft, minus the wings and surly TSA inspectors.

This article has been updated. It originally appeared in a May 2013 issue of Outside the Box.