As promised, the next leg of The Journey takes place in the early 60’s and we are in Detroit, MI (actually my family lived in Ann Arbor right down the street from the University of Michigan football stadium). We enjoyed our stay in Michigan and met a lot of great people. We were only there for a couple of years, but it gave me my first opportunity to work with union employees, which again, gave me much needed experience. If you will recall, my previous experience was in Cincinnati, which was a much smaller operation and only non-union personnel. 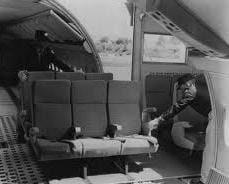 File photo of a United 727QC

Enough about that, this is about the Boeing 727-QC. The QC stands for Quick Change. That is to say, the idea was to rapidly go from an all passenger configuration to an all cargo configuration in 30 minutes. Eastern Airlines was the first carrier to place an order with Boeing for the 727’s in the early 60’s and for me, I loved working the aircraft from the very beginning. Frankly, I enjoyed riding it all thoughout the cities that Eastern served. Loved to experience that raw power on take off since it was designed from the beginning for shorter runways in the smaller cities.

File photo of a United 727QC

I take a lot of pride in being the manager overseeing one of the first (live) converions at the Detroit airport. The theory was, since we had airplanes over nighting thoughout our system in the major cities why not put them to use hauling cargo thoughout the night. It operated by having a special roller bearing floor that would allow the removal of seats on pallet devices in sections and immediately load igloo type container on pallets that would slide into place, replacing the seats. Theory….good. Actual performance….not so good.

Like I said earlier, air freight programs go through their cycles and start off enthusiastically and then for one reason or another lose their steam and die on the vine. The QC was no different.

Aircraft routing came into play, and it put one more consideration into play when it came to planning maintainence and aircraft cleaning. At first it all worked pretty well, but then you could begin to see the toll the multiple conversations were having on the passenger sections. They were getting beat up pretty badly and basically, the airplane interior started to look pretty rough.

It is still my favorite airplane to ride and I feel it’s versatility far out weighs it’s so-so performance as a QC aircraft. FedEx, UPS, and a ton of much smaller operations were still using the 727 in 2012 and based on it’s current and past performance, it turned out to be one of the most successful airplanes ever produced. A total of 1700 of them were produced between 1963 and 1984 and many of them are still in service. 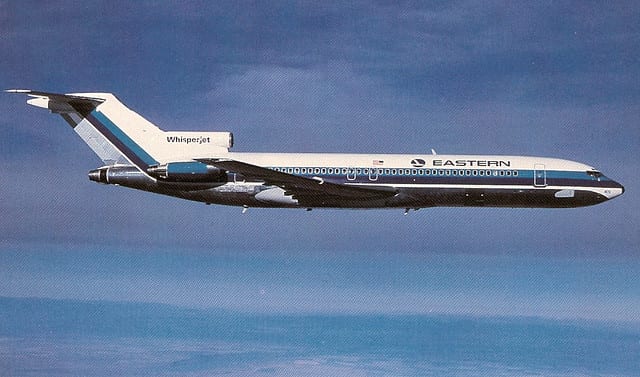 One of the unique things about the 727 was the fact that the self-contained rear door, could be lowered in flight and this feature was used during the Vietnam war to drop CIA personnel and supplies. Just one more outstanding feature of a great airplane. And, when it wasn’t working for the CIA, it was carrying our military personnel to and from Vietnam.

Hats off to a great aircraft!