Summary:  In the inaugural edition of our weekly weather forecast for shipping, we have a quiet week ahead for much of the globe.   Tropical storms in the western Pacific and off the west coast of Mexico pose the only significant hazards to shipping at this time.  A supplemental alert will be posted should either region come under significant threat.

Mexico
Hurricane Raymond will be affecting the southwest coast of Mexico on Monday through Wednesday, as it is expected to stall just off of the coast for about a day. As of 8 pm PDT on Sunday, October 20, Hurricane Raymond was a Category 2 hurricane with 100 mph sustained winds. This storm is expected to intensify into a dangerous Category 3 hurricane with 125 mph winds by Monday night, creating extremely hazardous conditions along the coast. 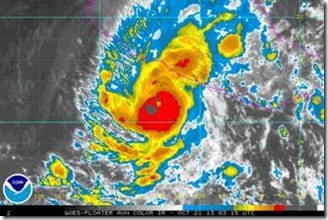 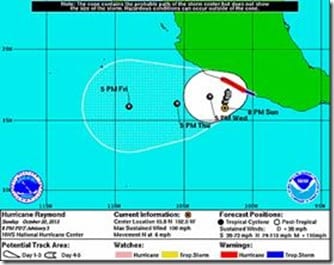 Asia
Japan: Typhoon Francisco will be affecting the coast of Japan this week. It will be making its closest approach to the island on Friday, October 25 at approximately 12 UTC. Although Typhoon Francisco is currently a large, powerful storm with 120 mph winds, it is expected to be significantly weaker by the time it reaches the coast of Japan. By Friday, the cyclone will likely be a moderate tropical storm, bringing windy conditions and heavy rain but nothing worse to Japan.

Also of note, Tropical Storm Lekima is currently churning out in the Western Pacific and it is expected to develop into a major typhoon later in the week. Although it will most likely pass far to the east of Japan, there is a small chance it could affect the island later in the week. 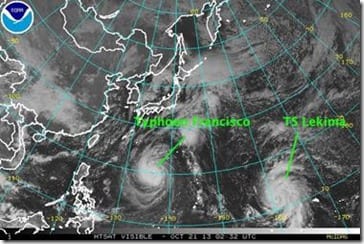 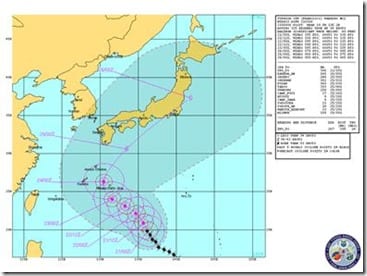 About the Author:  Blake Cotcamp is currently enrolled at Purdue University where he is completing his senior year and majoring in Meteorology in their Atmospheric and Planetary Sciences (EAPS) department. An avid weather buff since an early age, with a passion for tropical storm forecasting, Blake prefers the “real weather” of the U.S. Midwest to that of the boring, predictable weather of his native Southern California.  When not chasing storms or reveling in the latest bout of bad weather, he can be contacted at bcotcamp@purdue.edu