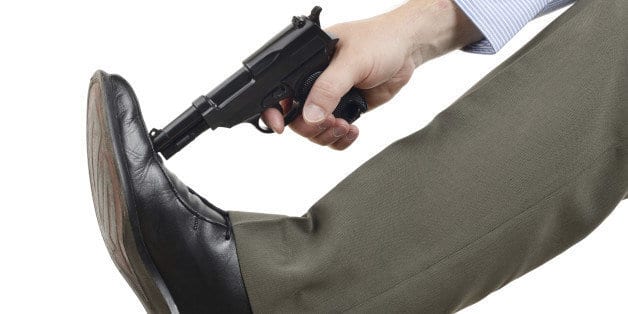 The only difference between death and taxes is that death doesn’t get worse every time Congress meets.
– Will Rogers

Depending on who you ask, the current round of China tariffs will (a) Make America Great Again, (b) Finally stick it to China for being a bad actor, (c) Crush American business and throw the world into a deep recession, (d) Raise prices on most everything and set off runaway inflation, or (e) all of the above. The truth, like so many things, likely lies somewhere in between.

While Wall Street continues its gut-wrenching roller coaster ride, and businesses large and small wring their hands, the country’s fortunes seem to turn on the latest presidential tweet. In that context, it is useful to take a deep breath and ponder what it all really means.

Who really pays for China tariffs?

First of all, let’s get one thing straight. The President has said repeatedly that he’s happy to see China paying another $100 billion in taxes as punishment for their predatory behavior. Except China isn’t paying. That statement is factually untrue. Higher tariffs are paid by the importer of the goods here in the USA, not the companies in China that manufacture them. Economics 101 says that those U.S. companies are not going to sit idly by and watch their profits erode. They will raise prices to compensate for the tariffs, to the extent possible. The result is that the American consumer will pay an additional $30 billion for their iPhones, washing machines, microwaves and those cheap clothes you find at Walmart.

Yes, but that protects U.S. manufacturers you say, right? Manufacturers will have more incentive to produce here. Uh, no. Much of what is imported from China is no longer made here and it isn’t coming back. We are an increasingly a service-based economy that values cheap goods over economic nationalism. Just stop by your neighborhood Dollar tree for proof. Tariffs increase the cost of the cheap goods we’ve come to take for granted, while doing very little to spur hiring or domestic manufacturing.

Then there is the American farmer. They have always been one of our great export engines, supplying the world with corn, wheat and other grains. Tariffs only serve to make their product harder to sell overseas. No worries, Congress will write our farmers a subsidy check in the name of beating those Chinese opportunists into submission. The farmers will be OK, right? Sure, except that you and I pay the extra taxes to subsidize the farmers. No winners here.

Are there some positives to the tariffs? Sure there are. China needs to know that we won’t be played for chumps any longer and that the systematic theft of intellectual property will no longer be tolerated. While we will likely be a net importer of Chinese products for the foreseeable future, they need to offer unfettered access to their markets, if they expect the same from us. Shipping rates for imports are sure to plummet as well. If the tariffs accomplish some of those goals, there is merit.

However, in the long-run, tariffs are a blunt instrument and poor form of social engineering. Left in place long enough, they could result in changes in buying behavior. Importers here in the USA could switch their suppliers to other countries with fairer, less predatory trade practices. However, given our change in leadership every 4 years, the American consumer’s addiction to cheap goods, and Wall Street’s relatively low pain threshold, the political landscape will likely change before the tariffs achieve their desired effect.

The law of unintended consequences

In the end, the law of unintended consequences applies. China tariffs hurt business and the American consumer and are unlikely to change China’s long-term behavior. Changing the latter will require skilled trade negotiations, not a bludgeoning. It must be followed up with steadfast enforcement of compliance. You might also have to forego that $4.99 t-shirt at Walmart as well.